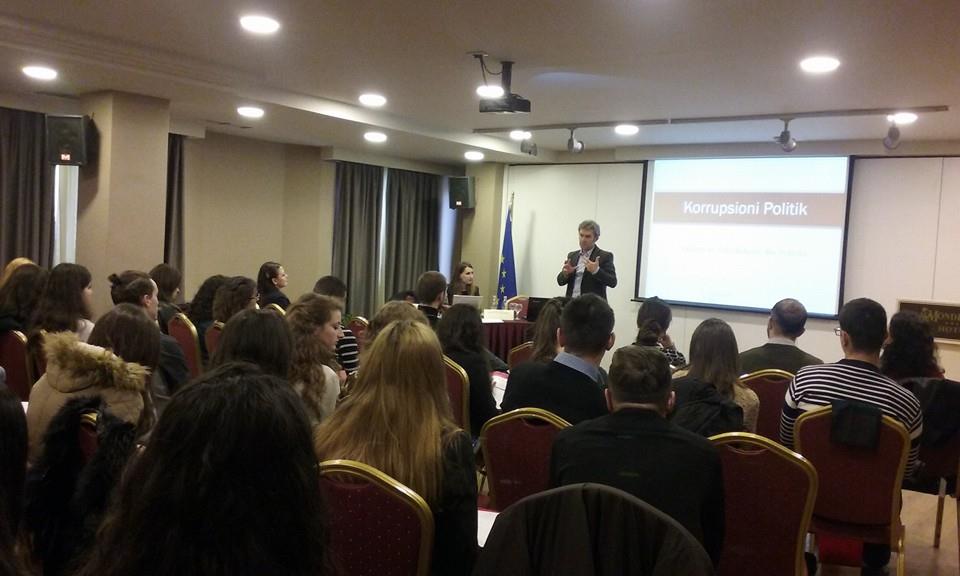 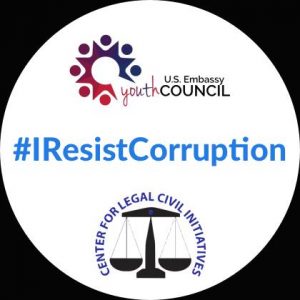 In the framework of the Project “Fighting Corruption in the Higher Education System”, financed by the Democracy Small Grants Commission Program, the US. Embassy Youth Council Albania together with the Center for Legal and Civic Initiative, organized in 16-17 January 2016 the “Anti-Corruption Academy”. Students from five Faculties in the University of Tirana, i.e Faculty of Law, Faculty of Social Sciences, Faculty of Economics, Department of Journalism in the Faculty of History and Philology, and Faculty of Arts participated in the Academy. The main purpose of the Academy was to inform students on different forms of corruption, means and legal instruments to tackle and fight it, with special focus on fighting corruption in the Higher Education System.

Then the focus shifted to challenges Albania is facing in this system and students were informed with the legal and administrative framework to address problems of corruption in the Higher Education System. The rules governing Universities such as the Statute, the Code of Ethics of the University of Tirana and the Law on Higher Education the provisions and the instrument they provide for students to denounce corruption and enforce transparency were subject of discussion as well. Lastly, students were presented with a study made by the civil society that shows the trends, forms and means of corruption in the Higher Education system in Albania as areas and illegal activities that need to be tackled.

The last part of the Academy aimed to train students with skills. The students trained at the Anti-Corruption Academy would be the forerunner of the campaign fighting corruption in the Higher Education System. They would transfer their knowledge to other students in their own Faculty and also be agents that foster transparency and accountability of the University. In order to have a greater impact they need not only to be equipped with the necessary information and network, but also to work together in groups, know how to lead effectively, to manage a project etc. That is why different lectures in the Academy were focused on how to transfer skills such as: how to work in a team, time management and conflict resolutions, how to lead effectively and how to be citizen journalist and use investigative journalisms in their campaign.

This training aimed also to connect students with different actors fighting corruption, such as representatives from social society, professors from different Faculties, representatives of state agencies specialized in fighting corruption, representatives from the Ministry of Education, experts of the Higher Education who apart giving their insights of the topics, entered in discussion with students, shared their opinion on problems posed by them and offered their help to contribute and consult with the Academy in the future.