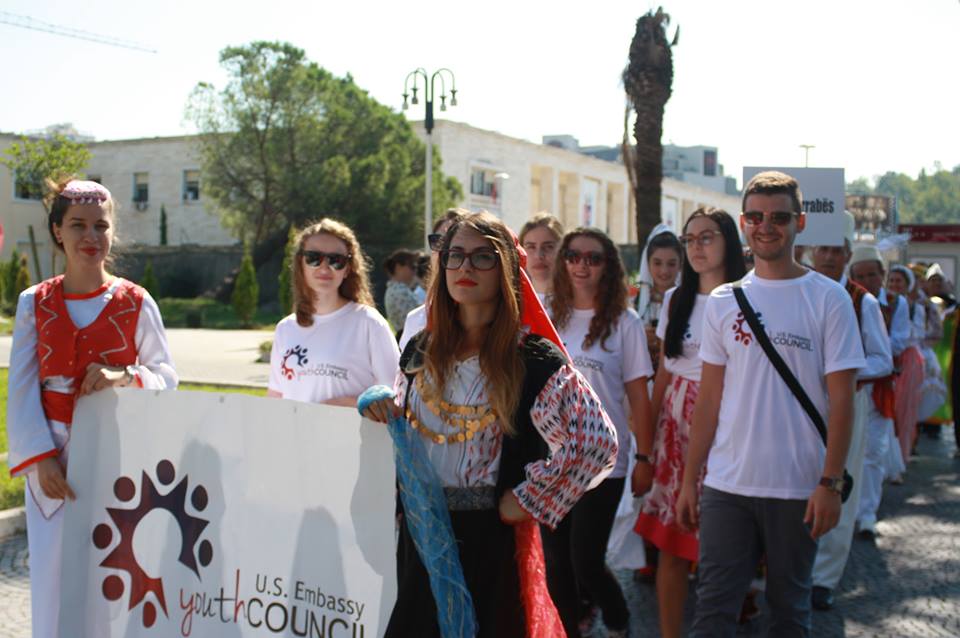 In the framework of the National Day of Cultural Heritage, the U.S Embassy Youth Council joined the initiative of the Ministry of Culture in a costumes parade on the Boulevard “Dëshmorët e Kombit” and the concert in the Square “Vëllezërit Frashëri”.

Our youngsters were placed near the scene of the concert to share with everyone from spectators information about the campaign that we launched a few months on social networks ‘#TrashegimiaKulturore #Identitet #Restauro’. The purpose of this campaign is that young people need to become acquainted with various objects of cultural heritage in our country, as well as to identify those objects that need restoration. During this campaign, we gathered a considerable number of cultural sites and were evidenced information about them from youngsters.

The photos were exhibited during the activity. The Youth Council also joined the parade with costumes prepared by our members and were part of the celebrations from different regions of Albania, since two of our members have been part of the Folkloric Ensemble for many years.