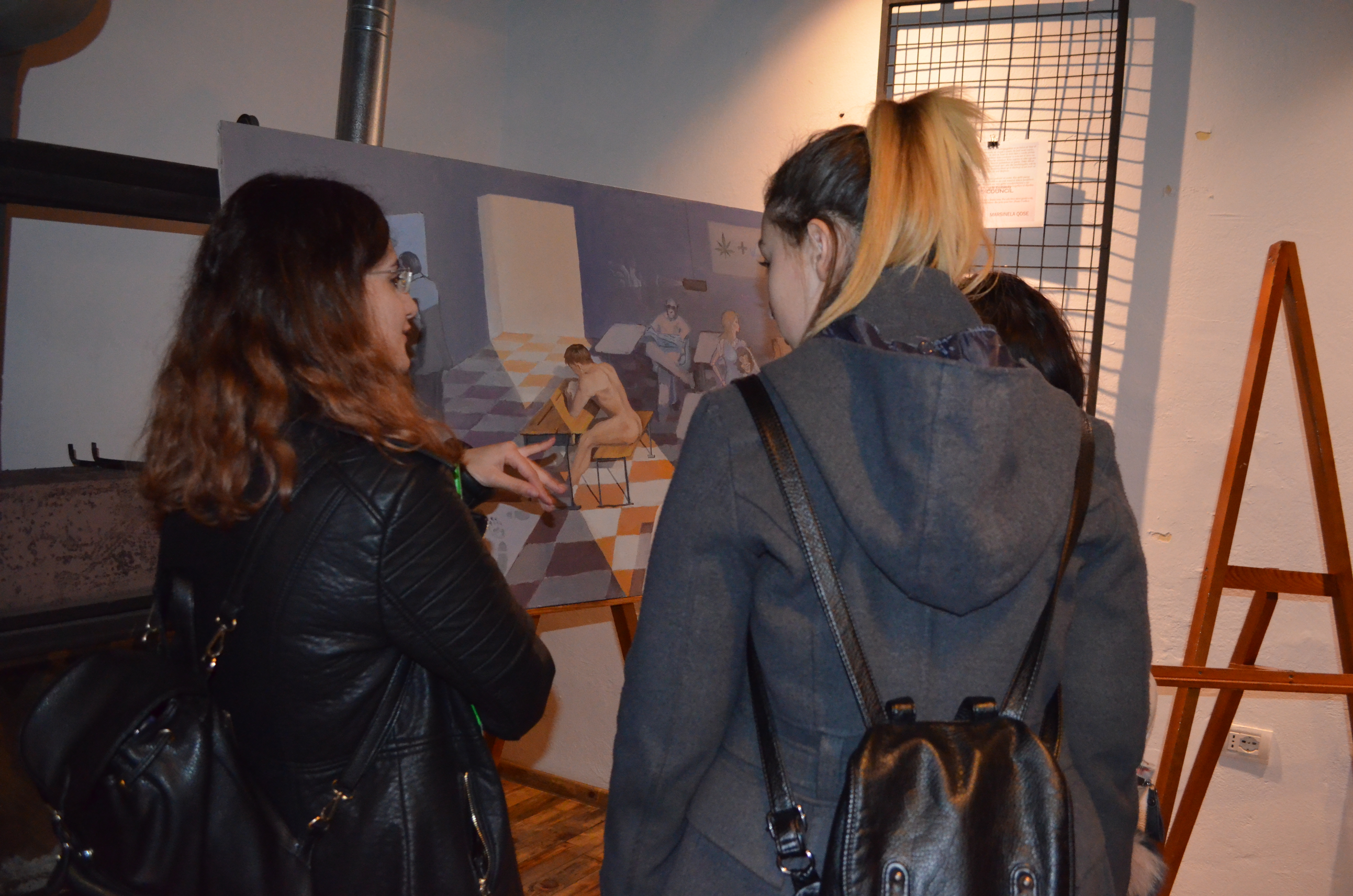 December 9th marks the Day Against Corruption, a phenomenon which the Youth Council has been focusing a lot during this year through the initiative “Anti-corruption in the Higher Educational System” with a series of activities in the Faculties of Law, Economics, Social Sciences and History-Philology, like focus groups with interested students, essay and painting competition, campaigns in social networks, etc.

In the International Day Against Corruption, the U.S. Embassy Youth Council organized the event called “A coffee between paintings and essays”. The people present at the event were able to hear the most interesting parts of the essays about corruption, enjoy the view of the selected paintings as well as discuss with each other.

In this event was also invited the Assistant Public Affairs Officer at the U.S. Embassy Tirana, Mrs. Meghan McGill, who congratulated the young people for their involvement in such causes like the fight against corruption and encouraged them to be full of energy, passion and perseverance in achieving their dreams and goals.

During the meeting were announced the winners of the best essays and paintings competition as well as were given symbolic prizes to the participants.

Corruption is a serious problem of modern society, which damages the economic and social environment, but also affects the future education and youth. Therefore it is important for us to sensitize young people which are the engine of the fight against corruption. No nation, region or community is immune to corruption, but us the young people are the ones who have to deal with the problems associated with such phenomenon and give solutions to it.