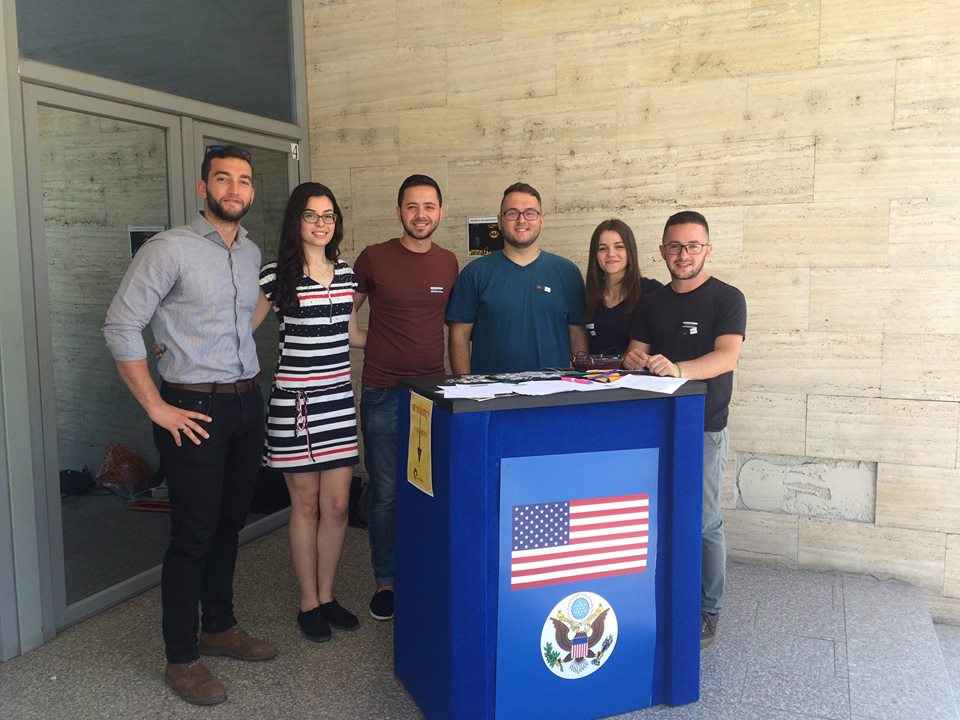 In the 2017 parliamentary elections in Albania, the U.S. Embassy Youth Council launched a campaign for young people on their right and civic duty to vote. This awareness campaign aimed all young people in expressing the importance of voting and the reasons why they should choose to vote or not.

This project was divided into several phases where our members initially had a training session on the right to vote under the mentoring of Prof. Gjerti Veshaj. Through our location points in some of the major faculties such as the History – Philology, Justice, Social Sciences, or Construction Engineering, our members spoke closely with young people to discuss with them about the importance of being active in this step for our country. Also important was the engagement in social networks where our members reflected their fieldwork and in cooperation with the American Embassy created an awareness video that encourages young people to exercise their voting rights. Everyone who joined us in this campaign has also been able to send us photos along with a reason why youth should vote, which were reflected in our social networks.

The youth expressed their dissatisfaction regarding their representation, choice of options and a number of arguments regarding the number of new voters in parliamentary voting.

Through simulation, argumentation, creating posters or different types of stickers we wanted to encourage our peers to be voters and not allow abuses with their votes either by choosing the parties that run or by not choosing either party.

Today’s youth are the citizens of the future and your destiny is defined by YOU!