Report of the Project “Fighting Corruption in the Higher Education System in Albania”, case of the University of Tirana 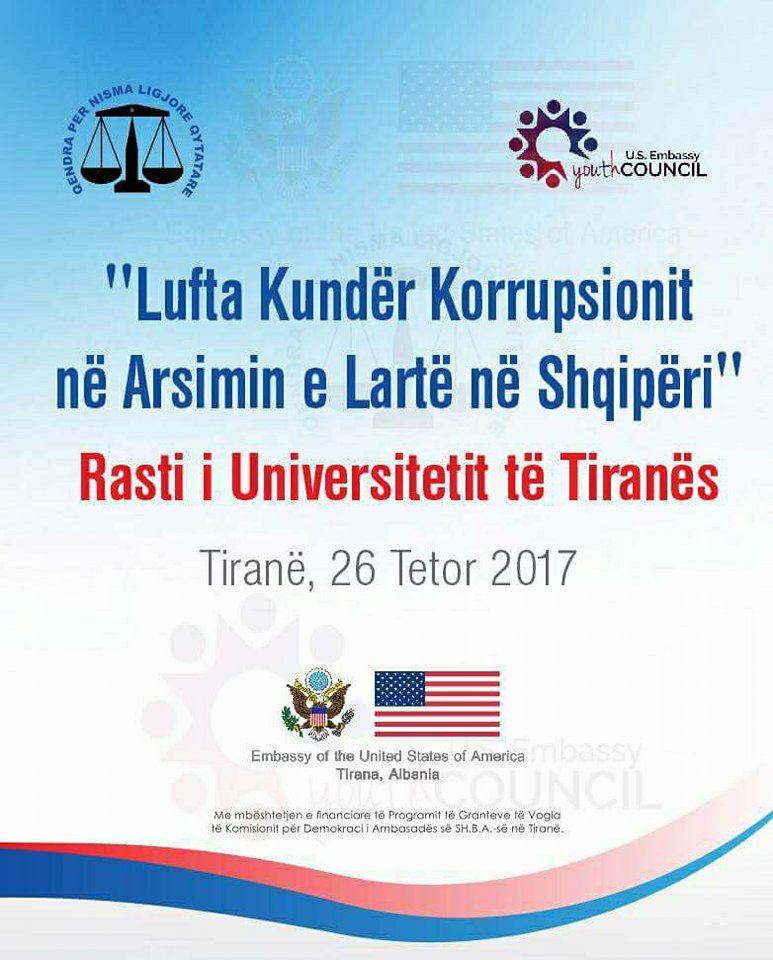 The U.S. Embassy Youth Council Albania presented today the report of the project “Fight Against Corruption in the Higher Educational System in Albania”. This project was implemented in co-operation with the Center for Legal Civic Initiatives with financial support from the Small Grants Program of the Democracy Commission of the United States Embassy in Tirana. During a one year period many activities were carried out with the students of 5 pilot Faculties which became part of this study.

The purpose of this study is to assist in the fight against corruption in universities and it has the following objectives:

This report briefly presents the main findings of the study. The methodical approach of this study is then discussed, explaining in details important aspects of data collection and questionnaire. Analysis and interpretation of findings is the section where the findings of this study are reported and interpreted based on the data collection and by applying the explained approach to the methodical look of the paper. This section is finalized with a concluding survey of the study. The material also has an attachment where we briefly present discussion and analyzes developed by different scholars on the phenomenon of corruption in universities and presents their main findings.